Chef, Author, TV and Radio Broadcaster and Columnist Derry Clarke has been Chef and Patron of l’Ecrivain for over 25 years.
He started his career in The Man Friday in Kinsale under Peter Barry in 1972 and moved to Dublin in 1977. He then spent four years in Le Coq Hardi and a further eight years in Bon Appetit before opening his own restaurant in July 1989 with his wife Sallyanne. Derry, and l’Ecrivain have been awarded many accolades over the past eighteen years, such as Best Restaurant and Best Chef Awards since 1999, as well as Best Chef in Ireland in the Good Eating Guide 2015 and Best Chef in Dublin at the Food & Wine Magazine Awards 2015. l’Ecrivain also has a Michelin Star which was first awarded in 2003. Derry and Sallyanne are constantly up-grading and changing everything at l’Ecrivain Restaurant to ensure they are offering the very best of food, wines and service at all times.
Derry’s food ethos is simple. He uses the finest of fresh local produce. He believes that a good dish can only be produced when each and every ingredient used for the dish is of the highest of quality. This is why he spends so much time sourcing his ingredients. He likes using smaller organic and artisan producers and is very keen on the promotion of indigenous products. Derry believes in keeping food simple. He will not use more than four flavours in the one dish. Derry completed his time as Commissioner General at Euro Toques but remains actively involved with Euro Toques. Derry promotes the use of Organic Food and Non-Genetically Modified Foods.
He acted as a judge on the RTÉ One reality television series Fáilte Towers and has appeared on other programmes such as The Restaurant, The Afternoon Show and The Panel. Derry appeared in a Christmas Special of Food Fight on RTÉ One during Christmas 2012. Derry was taken out of his own kitchen and given the task of designing the ultimate Christmas-themed restaurant. He changed the menu, look, and style, promoted and opened for business all on a budget and in just four days. Derry has appeared in three seasons of RTÉ’s Lords & Ladles with Paul Flynn and Catherine Fulvio which takes the viewer on a historical journey to celebrate our past through the wonders of food and the glories of cooking. Each week the Chefs arrive at a great Irish country house and must recreate a grand dinner from its history while tantalising the TV audience with sumptuous descriptions of the treats that are on the menu. But first they must draw lots for the division of labour -one will gather the ingredients, one will cook, and one will get to dine with the gentry. He is a regular on Virgin Media One’s The Six O’Clock Show and RTÉ Today. Derry has also contributed to many food programmes on various radio stations.
Derry has written for and provided recipes to a number of publications such as the Irish Independent, Evening Herald, Food and Wine Magazine, Easy Food Magazine, Hospitality Ireland, the Sunday Times and The Daily Mail newspaper and magazines.
He has written two successful cook books, ‘Not Just Another Cookbook’ and ‘Keeping it Simple’. The recipes confirm his commitment to the very best local, fresh produce (fish is delivered within hours of being caught) cooked with flair and imagination. 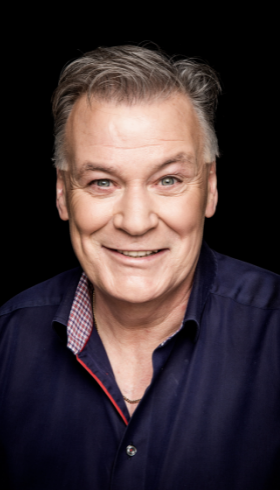 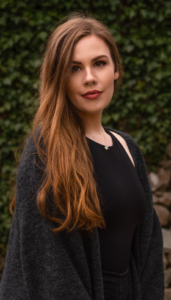 Tara Gartlan is a pastry chef with over 10 years experience having worked in some of Ireland’s most prestigious restaurants.   While studying Culinary Arts in DIT Cathal 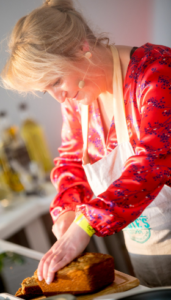 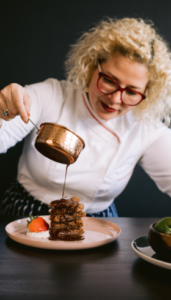 Jeeny Maltese is a Latin-American born TV chef and food writer.  Regularly Featuring as a celebrity chef on RTE One, on the “Today Show with 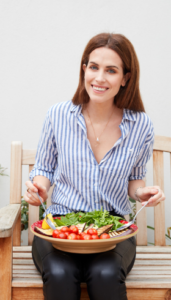 Holly White has been working as a broadcaster and journalist for over a decade here in Ireland. Having been vegan for 5 years and trained 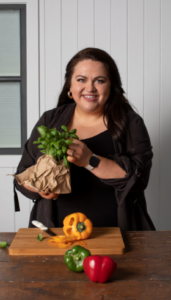 Trisha Lewis currently has over 200k followers on Instagram, a figure  that is rising daily. Once she decided to share her own story of trying 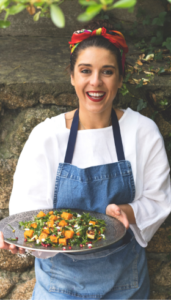 Erica Drum is a TV and virtual Chef, cookery tutor, food stylist and supper club host. Erica has worked in the hospitality industry for 20 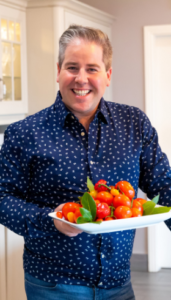 Edward Hayden is a chef and food writer and is very well-known to audiences from his weekly cookery slots on Virgin Media’s Ireland AM. He 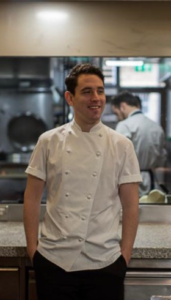 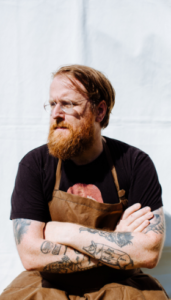 JP McMahon is a chef, restaurateur and author. He is culinary director of the EatGalway Restaurant Group, which comprises of Michelin-starred Aniar Restaurant, award-winning Spanish 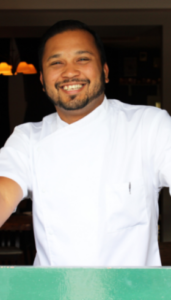 Shamzuri (Sham) Hanifa is a multi-award winning Chef, Businessman and Broadcaster. Currently he is the Chef/Owner of The Cottage Restaurant; owner of Synergy Café; Director 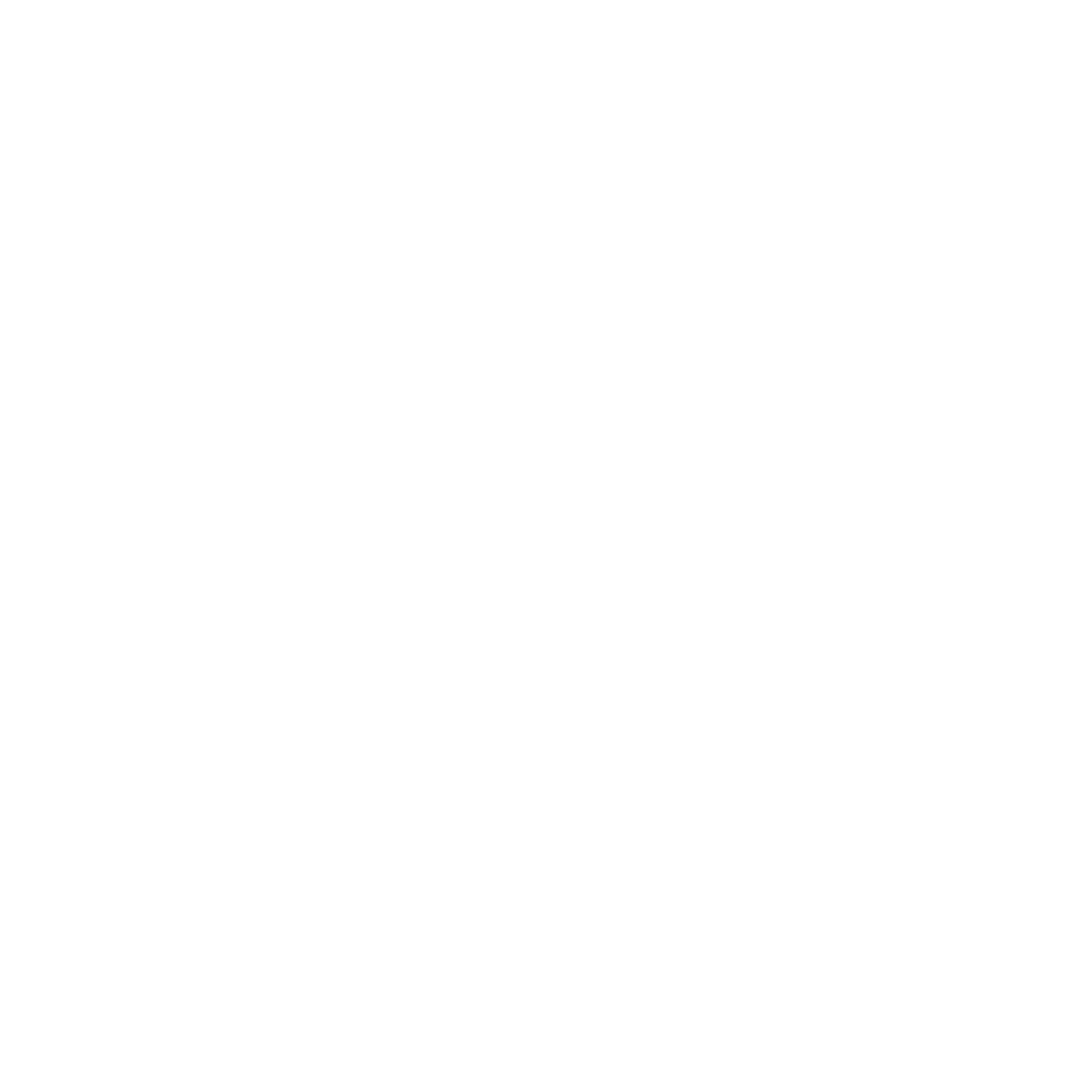 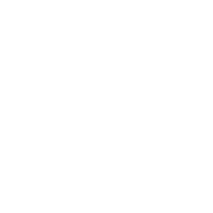